This is the third edition of The Unheard Herald, an eNewspaper in pdf format with associated webpage material. This edition was created, written and published by Root Routledge, Colorado Democratic National Delegate for Bernie Sanders, based on a pre-publication draft letter he wrote to President Barack Obama, completed and dated October 31, 2016; now published with this edition dated November 7, 2016—one day before the 2016 election, thus the time context of the content is pre-election results.

A hardcopy of this edition has been sent to President Obama at the White House address. A pdf and link to this page has also been sent via email to a local Democratic office to be passed on to the White House. 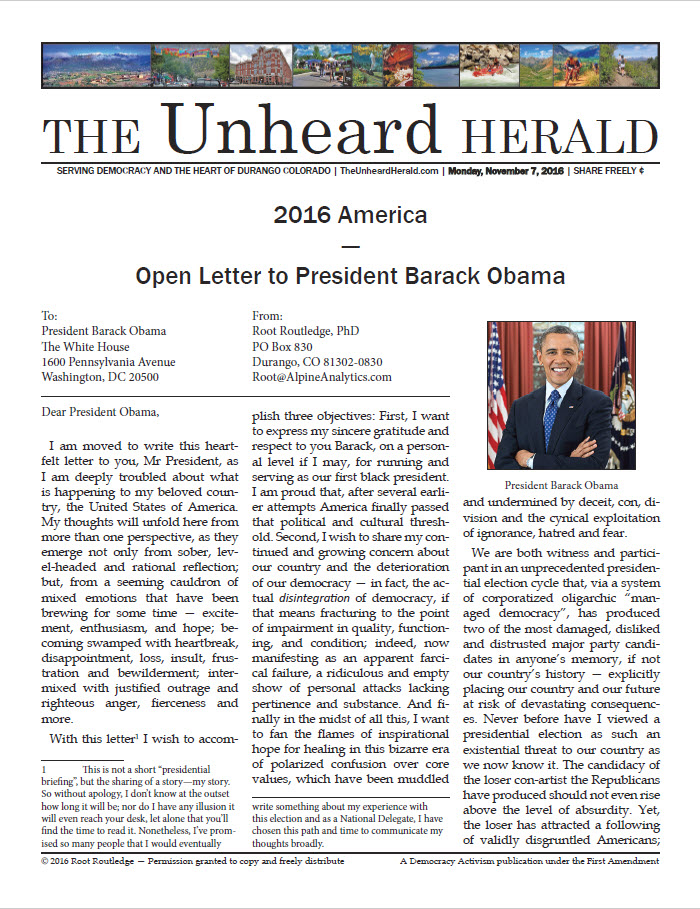 Supporting documents, including campaign postings, videos and photo albums will be added in the future.